Home
You are in:  Home » Research » Vital Geographies 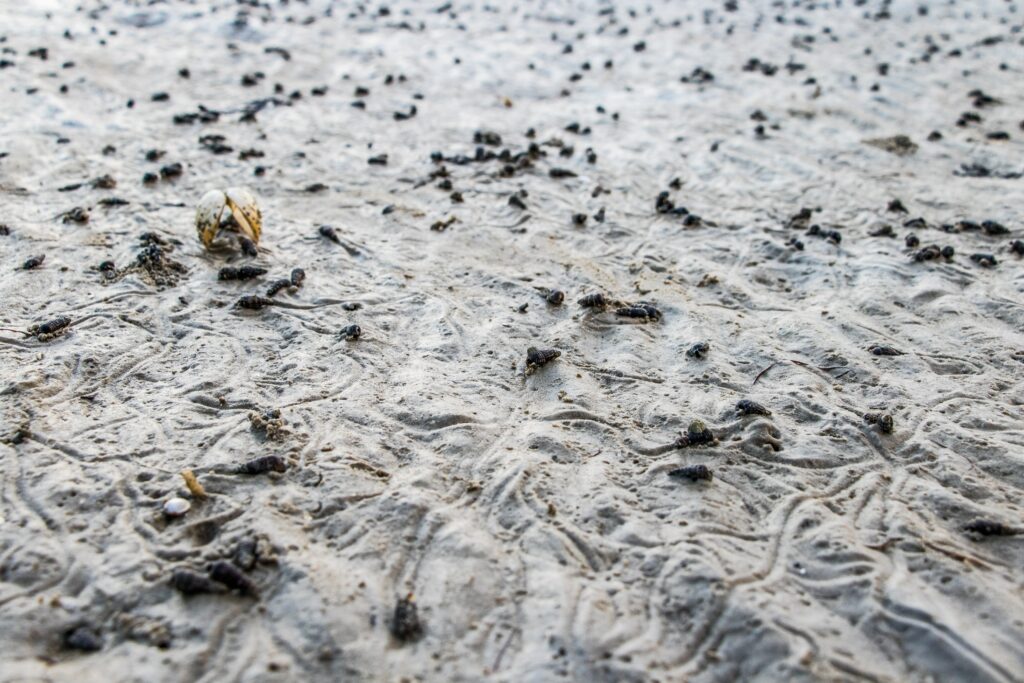 An example of tracks, tracks, and threads in vital geographies: lines in sand. (Photo by Krisna IV on Unsplash.)

What does it mean to study and do ‘vital geographies’?

These were some of the key questions of a recent, postgraduate student-led workshop, ‘Vital Geographies: Tracks, Traces, and Threads’. Inspired by the theme that unites the wide-ranging interests of this research group, ‘Vital Geographies’, we sought to unpack the many understandings of ‘vital geographies’.

The theme of ‘Vital Geographies’ has a double meaning: geographies of life, living things, and/or liveliness, but also geographies of urgency. To be vital is to be necessary, crucial even, often for fostering life. Vital signs and vital organs embody this dual meaning. Vitality also raises the issue of time and speed, for vital geographies would seem to require urgent, immediate responses, yet also may benefit from slow, careful attention.

How, then, to bring together these many meanings of ‘vital geographies’?

As a provocation into tracks, traces, and threads of ‘vital geographies’, we turned toward Tim Ingold’s (2007) ‘brief history’ of lines, wherein ‘traces’ become ‘enduring marks’ etched in or left upon a solid plane, ‘tracks’ become a kind of ‘trace,’ and ‘threads’ denote ‘filaments’ entangled with others or suspended between points in space. There is a definitive materiality implied here to tracks, traces and threads. Places become constituted by continuous, interlocking traces. Tracks in the landscape become lingering, worldly presences of human and nonhuman others. Yet, they need not be restricted to what is material and seen — they may haunt landscapes and archives, thread across geographies and temporalities, and otherwise provoke novel explorations in space, place and affect.

Tracks, Traces & Threads are an invitation to engage with ideas of meshworks of all kinds, necessitating an openness to how we tune into their subsequent convergences and emergences. The following sections highlight some of the wide-ranging research interests in the Department of Geography, as shown through the ‘lightning talks’ presented by the department’s postgraduate students.

The opening lightning talks all dealt with enviro-social risks, mapping, and/or knowledge in various ways. 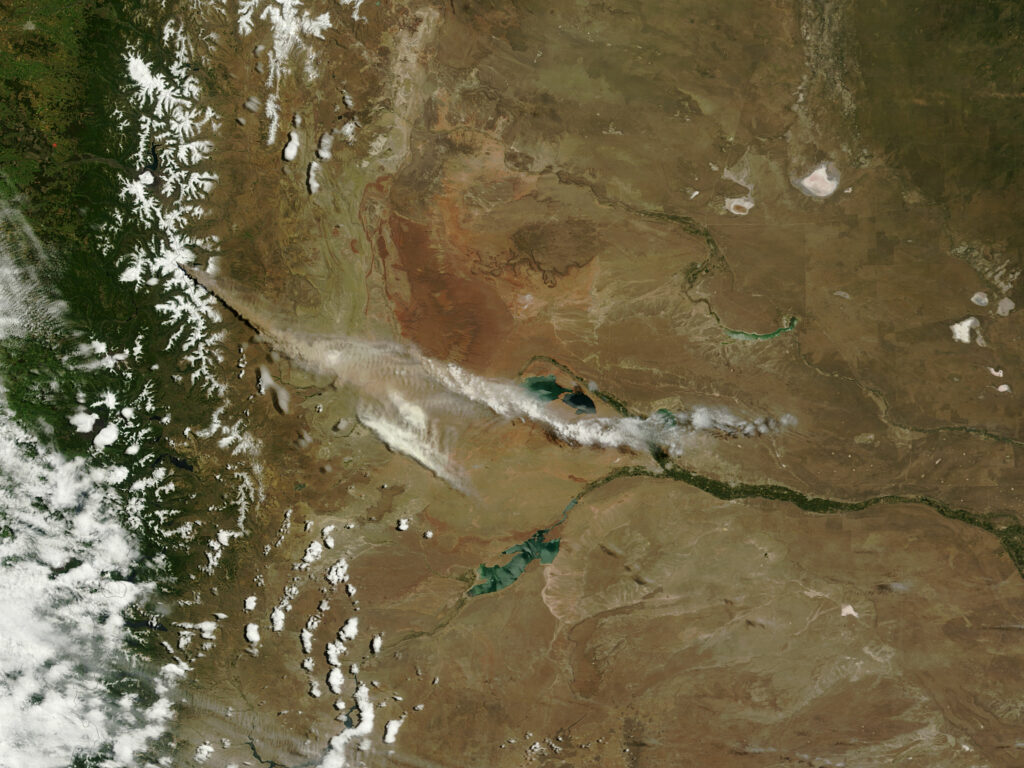 Maximilian Hepach kicked off the workshop’s lightning talks with a provocation about the phenomenological — lived, sensed, embodied, affective, felt — experience of climate change. He posited climate not as an abstract, intangible, ‘out-there’ concept but as a viscerally experienced phenomenon. This work ties into an article Maximilian recently published, available open access here.

Emiliano Cabrera Rocha also focused on how climate change is known and experienced, focusing on the threat of ‘savanissation’ in the Amazon rainforest. This threat, Emiliano argued, cannot be understood solely as a climate science issue, but also one that is understood differently — with different values, solutions, and outcomes — in different contexts, including the biotech sphere, the development sector, and Indigenous communities. The question of what to do now is one of temporal urgency, yet it is answered differently based on these different ‘networks’ of values.

Carolyn Smith focused on another form of enviro-social risk: volcanic and cartographic risks. The talk noted how scientific institutions fail to map the volcanic risk of local Mapuche people living near the Copahue volcano in South America. Carolyn highlighted a key tension in her research: how maps and being mapped are colonial mechanisms, while cartography can counter assertions of ‘empty’ land and potentially save lives by planning to abate risk for people who do live in supposedly-vacant land. ‘Vitality’ thus takes on multiple and opposing meanings.

Priti Mohandas spoke about the politics of transitional housing in Cape Town, South Africa, investigating a particular housing program to address the structural barriers that stop housing security. The community, partnered with a local NGO, founded an innovative solution. Theoretically, the project attends to the notion of ‘development,’ expressions of home and gender, as well as questions of improvement. Because, as Priti notes, housing is not just about providing a service, through creating a domestic space, but a question of what kind of citizen are you trying to create?

On Archives, Hauntings, and Memory

Subsequent talks explored thoughts on memory work and archives. How do memories activate both presents and pasts? In what ways do archives reveal planty agencies? Further, what materially and discursively defines memory work? 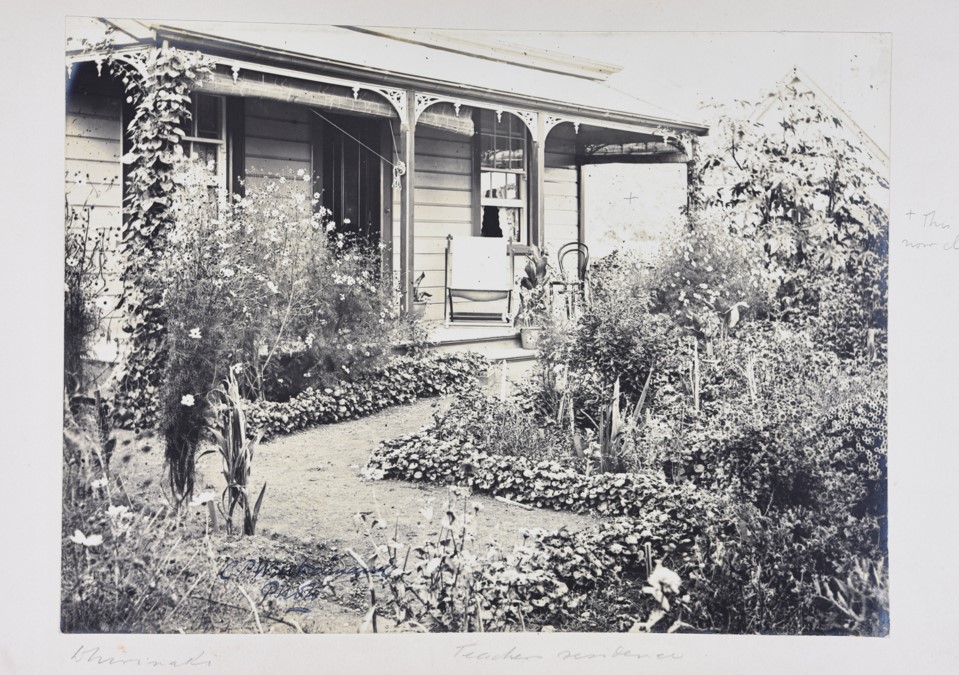 Anna Lawrence proposed flowers as agents of various biopolitical projects of 19th century Britain; flowers become agents of Empire within the settler colonial context of Aotearoa, New Zealand. Native schools with settler educators were established in the 1860s within Māori communities. These projects commenced simultaneously with plots of land designated for model community gardens (as shaped by settler-colonial authorities). School inspection reports in archives frequently reveal flowers to be explicitly grown (not just agriculturally produced). Anna raises the question of flowers as more than a method of beautification; what power was afforded to the flowers as agents of morality? Further, what were the uneven effects of and hidden meanings behind the supposed neutral beauty of floral nature?

Chloe Rixon led us to consider memory work through visual digital methodologies and landscape. Key themes included the presences and absences of traces both spatially and temporally out of joint; the use of archival photographs to to explore ‘unsettled places and subjects’; and an openness to occupying different rhythms of research writing that become ‘hesitant and expressive’ against untamed hauntings. Reframing hauntings visually, Rixon presented her early works in collage that examine and evoke ‘memory as immediate haunting in Poland,’ illustrating what it can mean to ‘do memory work.’

Moving from memory in the landscape and in communities, some presentations zoomed in on the smaller yet no-less-geographical scale of ‘the body’. In human and more-than-human geography, ‘geographies of the body’ have long provoked an array of questions about fleeting memories or traces, about time and urgency, and about positionalities and differently embodied experiences. 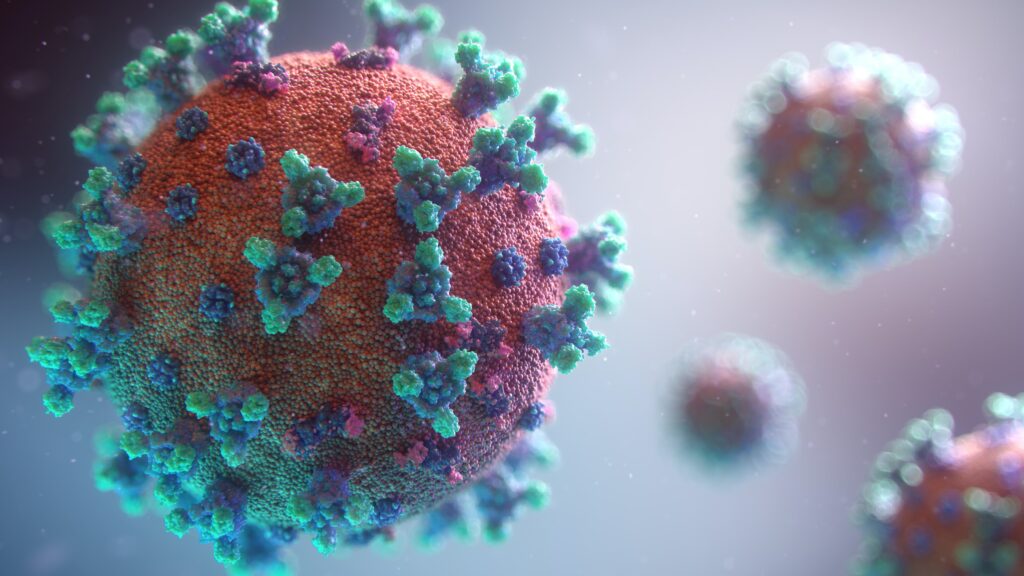 Lucy Thompson explored the possibilities of analysing the body as historical or living archive itself, by focusing on embodied histories of dance. Discussing transAtlantic histories of tapdance and their intersection with race, class, and ethnicity, Lucy argued that tapdance can be understood as a site of resistance against repression and inequality in which dancers embody and pass down living histories.

Abbie Greig also focused on the intimate geographies of the body through a case study of ‘donor letters’. In the context of organ donation, transplant recipients are encouraged to write a letter to their ‘donor family’ post-recovery. Abbie highlighted the tensions between intimacy and anonymity — the donor’s family is seen as becoming the recipient’s ‘family’; yet, anonymity and regulation shape the exchange. This paradox of intimate yet impersonal connections between bodies raises questions about the embodied geographies of organ donation and the medical system more broadly.

Ben Thurlow described the lack of visible traces of some viruses upon human bodies. Connecting this invisibility of traces to the need to substitute human hosts/victims of viruses like the novel coronavirus as the vectors of the disease, Ben discussed the NHS ‘test and trace’ app as a manifestation of this substitution. Questions about the biopolitical connections between tracking viruses and their victims to historical and contemporary inequities around responses to viruses emerged. This presentation raised important questions about virality, embodiment, and the (often not visible) connections between human (and other-than-human) bodies.

Several provocations emerged concerning more-than-human (dis-)entanglements from charismatic megafauna to the invisibilities of viral beings. Each of these presentations demonstrated the inseparability of ‘human’ and ‘nonhuman’ geographies and the necessity of envisaging these connections. 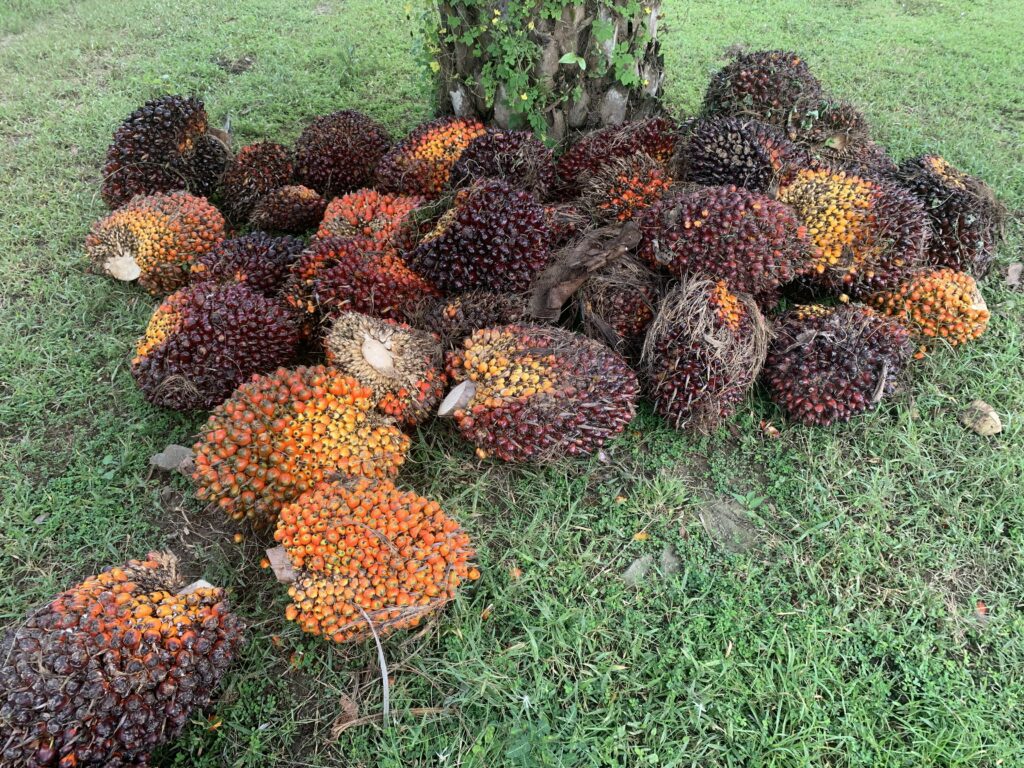 Joseph Martínez spoke about the temporalities of contract farming palm oil in Colombia, whereby palm oil credits produce particular rhythms of capital accumulation. Palm oil credits are key to covering subsistence costs for laborers while waiting for the five year productivity cycle of the plantations; yet, credits take on a different temporal register, being expected to be paid fully within 10 years time (double the time it took for the plantations to reach productivity). Joseph explored the entanglements of free labour to manage bureaucracy, long-term financial planning, knowledge production, and the asynchronous temporalities of change within the rural.

Valerio Donfrancesco explored farmer-wolf conflicts in Italy, discussing how entanglement isn’t always as it seems. Entanglements leave traces. Some which are visible–livestock depredations become bodies of evidence (and condemnation) and retaliatory tactics–and some less so. Valerio discusses how wolves could act as an interconnecting medium between different human communities (urban, farming, conservation). A dichotomy between those who love wolves and those who despise them points to the perceptual boundaries of what wolves can and should be. Traces of wolves on the tongues of farmers, through daily talk with researchers and beyond. The question lingers – where do we trace wolves? And moreover, what less-material traces do human-wolf entanglements leave?

Michael Overton discussed wire mesh wildlife fencing, biopolitics and wild boar mobilities. Fencing constructed along the border of Poland and Germany seeks to impair wild boar crossings into Germany in an attempt to prevent African Swine Fever. Michael explored a methodological approach that experiments with animal tracking, observations and rendering fence-boar encounters visible. Pondering how tracking becomes a way of ‘following lines’, he explored how steel meshwork and animal tracks form continuous lines. He then shared a piece from his diary alongside footage from his fieldwork.

Liz Issac presented her ongoing interventions in human-mosquito entanglements, tracing the shifts in spatial distributions aedes mosquito vectors globally in relation to climate change. Urban ‘heat islands’ emerge as a possible influential force in the building of species distribution models. While current collaborations in investigating mosquito distributions have hitherto sought to distinguish the human from the physical landscape on a global scale, there is scope to trouble these neat distinctions.

We’d like to end with our hope that this blog post can serve as an invitation for additional collaborative thinking across the Vital Geographies group. Let’s re-vitalize the Vital Geographies blog together! We are looking for contributions to the blog on a rolling basis. Do you have a provocation, a topic you would like to raise, an idea in mind that would work as a blog? Please get in touch with your ideas, thoughts, questions and critiques!

| This entry was posted on Friday, March 19th, 2021 at 4:59 pm and is filed under Uncategorized. You can follow any responses to this entry through the RSS 2.0 feed. Responses are currently closed, but you can trackback from your own site.